Mose Rager was born April 2, 1911 in the small Ohio County, Kentucky community of Smallhaus on the Green River. Mose was a barber, and a coal miner, and for some reason never sought the fame other, perhaps less talented people found. He did play with Grandpa Jones, Curly Fox, and Texas Ruby on the road, but he preferred to stay home with his family. 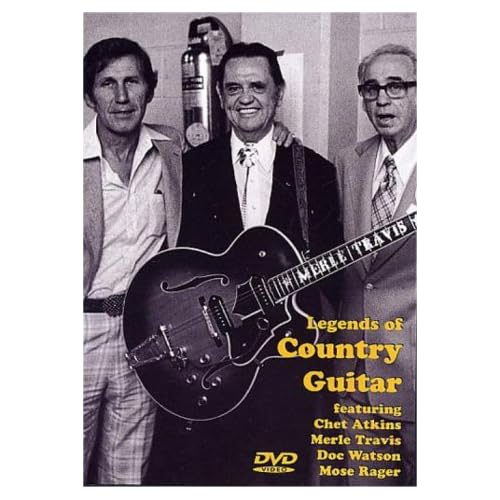 His most famous protege, Merle Travis, never failed to give credit for what he had learned from him, as the father of the thumbpicking style.  Mose also performed with Merle at the Smithsonian in Washington, DC.

Mose died May 14, 1986, but his “licks” live on, where ever a thumb picker mimics this legend—and his students are many.

In 1992, the city of Drakesboro and his friends dedicated a park in his honor on Highway 176 in front of his home and renamed the highway Mose Rager Boulevard. A fountain honoring the “four legends” is nearby.