Born in Bowling Green, KY in 1871, Hampton was the first African American to be recorded playing blues harmonica. 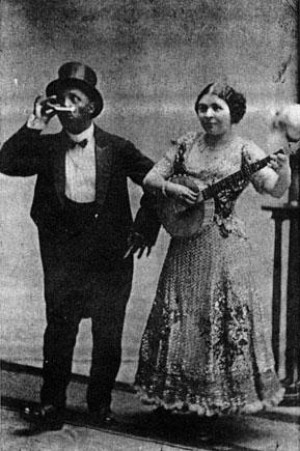 According to his 1905 passport application, Hampton was also a variety actor, and he had an artificial right eye. He recorded as a banjo soloist and singer, the recordings were made in Britain and Germany between 1903-1911. He recorded, toured and lived in Europe with his wife, Laura Bradford Bowman. It is said that he recorded more than any other contemporary African American. In 1913 Hampton, his wife, and her father returned to the United States, where Hampton died three years later.